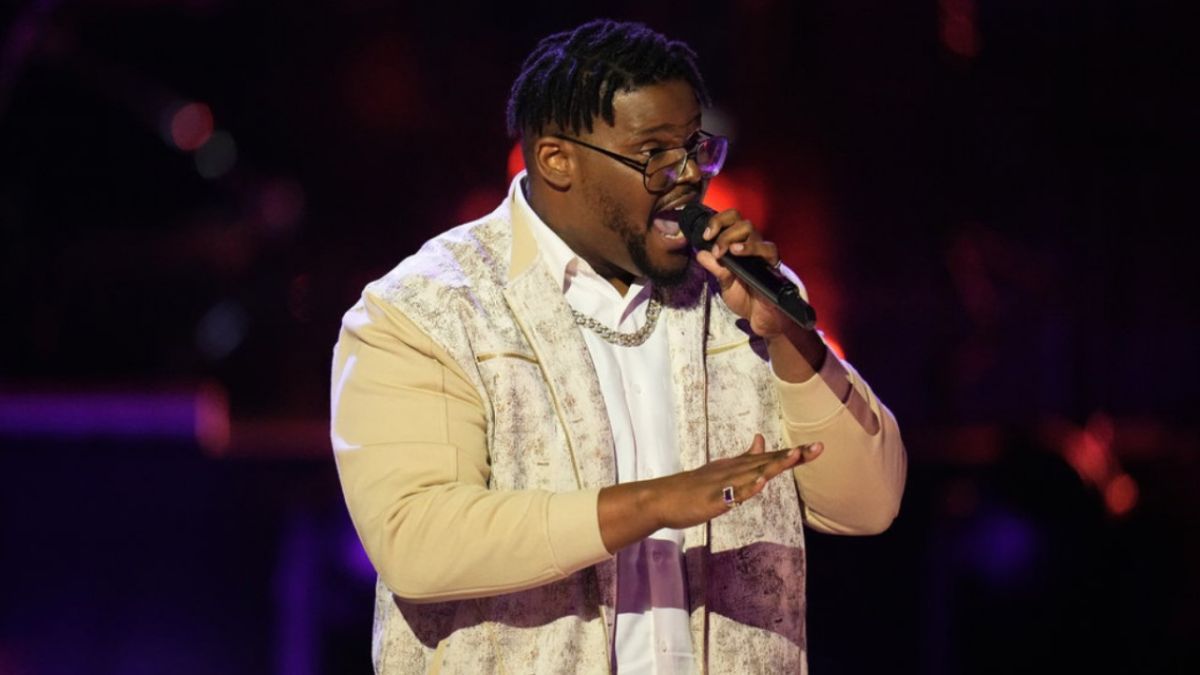 This story contains spoilers for The Voice Season 22 Top 13 performances that aired on November 21.

The talent on The Voice’s 22nd season is turning out to be pretty incredible. In the second week of live performances, multiple artists earned standing ovations from all of The Voice coaches. There are some artists, like Blake Shelton’s Bodie and John Legend’s Parijita Bastola, who have shown star power from the beginning, earning Four-Chair Turns en route to a likely lengthy run in the competition. Others, however, are learning as they go. Justin Aaron, for the second week in a row, gave what was possibly the best performance of the night, as Gwen Stefani showed off her coaching prowess with the One-Chair Turn who could go all the way.

As the Top 13 contestants performed live on NBC on Monday night, Justin Aaron was given the coveted spot of closing the show. It had already been a night of emotional performances, as the artists were asked to choose songs that changed their lives. Aaron decided to sing Tasha Cobbs’ “Break Every Chain,” which helped to pull him out of depression, and during their rehearsal, his coach Gwen Stefani insisted he go bigger with his performance. She said:

She said that was his moment, and he certainly seemed to seize it. All four coaches were on their feet at the end of the passionate performance, and Gwen Stefani was in tears as she told Justin Aaron that he took it to the next level and she was in awe of him. Aaron stunned the coaches in the Live Playoffs a week ago as well, when he took on Luther Vandross’ “Here and Now.”

John Legend noted that he was gaining confidence each week, and Gwen Stefani’s influence on his performances could actually be seen even earlier in the competition. During the Knockouts, the 34-year-old from Junction City, Kansas chose to sing Tevin Campbell’s “Can We Talk,” and Stefani expressed concern about gospel singer Justin Aaron taking on a song that didn’t belong in church. She told him then:

Justin Aaron definitely seems to be picking up what Gwen Stefani is putting down. He is one of three One-Chair Turns remaining on Season 22, and they’re up against five artists who earned Four-Chair Turns. To say the competition is stiff would be an understatement, and that makes it all the more impressive that he remains one of the top singers. Check out his Top 13 performance of “Break Every Chain”:

I’ve got a feeling that Justin Aaron might have converted a few non-believers with that performance. However, it’s all up to America’s vote, and three singers will be eliminated when The Voice returns at 8 p.m. ET on Tuesday, November 22, on NBC. Until then, take a peek at what’s ahead in the new year with our 2023 TV schedule.