The Good Doctor Dropped A Big Reveal About Morgan In The 100th Episode, But Will She Act On It? 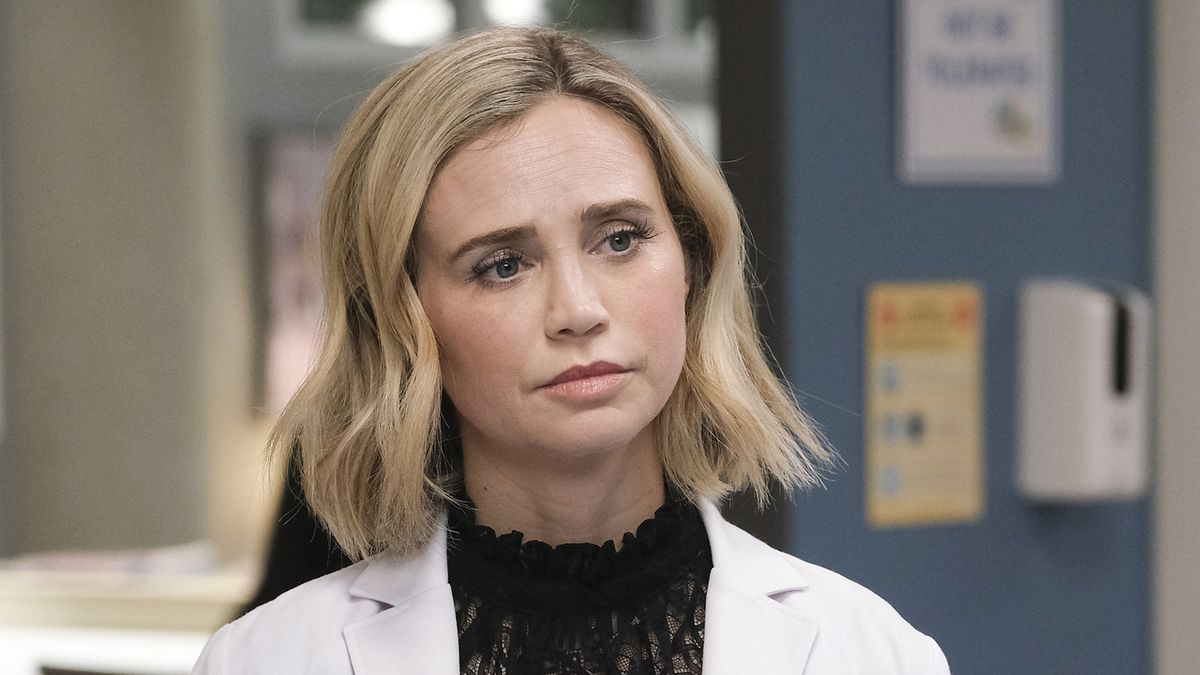 Spoilers ahead for the 100th episode of The Good Doctor, called “Hot and Bothered.”

The Good Doctor has officially hit the impressive milestone of 100 episodes, and “Hot and Bothered” didn’t celebrate that milestone by going easy on the staff at St. Bonaventure. After a heat wave of well over 100 degrees flooded the ER with elderly patients and Shaun clashed with Powell yet again, it took a lot of improvisation and more than a little luck for everybody to get to a place of peacefully enjoying cake by the final moments. The episode also dropped a big reveal about Morgan and her goals for herself, but didn’t give a clue about whether or not she’d actually pursue it.

Morgan spent most of the episode paired with Asher, who alternated between teasing her about striking out on Tinder and trying to make her feel better. It worked enough that she opened up about the goals she’d set for herself in high school – including winning an Olympic medal and touring with NSYNC – that she didn’t mind giving up. It was harder for her to give up her dream of becoming a surgeon, but she’s resigned to that by this point. Based on what she initially told Asher, it seemed like she hadn’t yet given up on the dream of marriage and children.

By the end of the episode, she clarified that she had one specific goal in mind. She doesn’t want to fill the “hole” in her life with a boyfriend; she wants a child. Given that this is Morgan Reznick, it seems likely that she won’t just wait around before chasing after something she wants, and as a doctor, she knows that there are ways to conceive a child without a relationship with a man, and there’s always the adoption option. So, I was a little surprised when the promo for the next episode shows a doctor who isn’t Morgan considering parenthood.

The next episode of The Good Doctor is called “Boys Don’t Cry,” and the promo shows Shaun and Lea talking about trying to start a family together. Take a look:

On the one hand, it’s great to see Shaun and Lea excited about trying to have a baby after the tragic miscarriage back in Season 4, not too long after they made the difficult decision to continue their path to parenthood. (You can revisit that arc streaming with a Hulu subscription.) Now that they’re married and on more solid professional footing, it makes sense that they’d decide to try again, and babies seem to be the theme of the episode with a mother giving birth to sextuplets! On the other hand, why doesn’t Morgan factor into either the promo or episode description, after her desire for a child was arguably the biggest reveal of the 100th episode milestone?

Of course, a 30-second promo isn’t going to give away everything that happens in an episode, so it’s entirely possible that Morgan will have a subplot in “Boys Don’t Cry” about her own desire for a child. It just struck me as odd that the information about the next episode not only didn’t mention Morgan and her reveal, but shifted the focus about having a child over to Shaun and Lea.

Tune in to ABC on Monday, November 28 at 10 p.m. ET to catch the next new episode of The Good Doctor, assuming that the medical drama isn’t bumped from the schedule like last week. The fall premiere season is nearly over, so be sure to plan ahead for the new year with our 2023 TV premiere schedule.