Law And Order: SVU's Benson Will Finally Address Her Feelings For Stabler, And The Timing Could Mean Everything 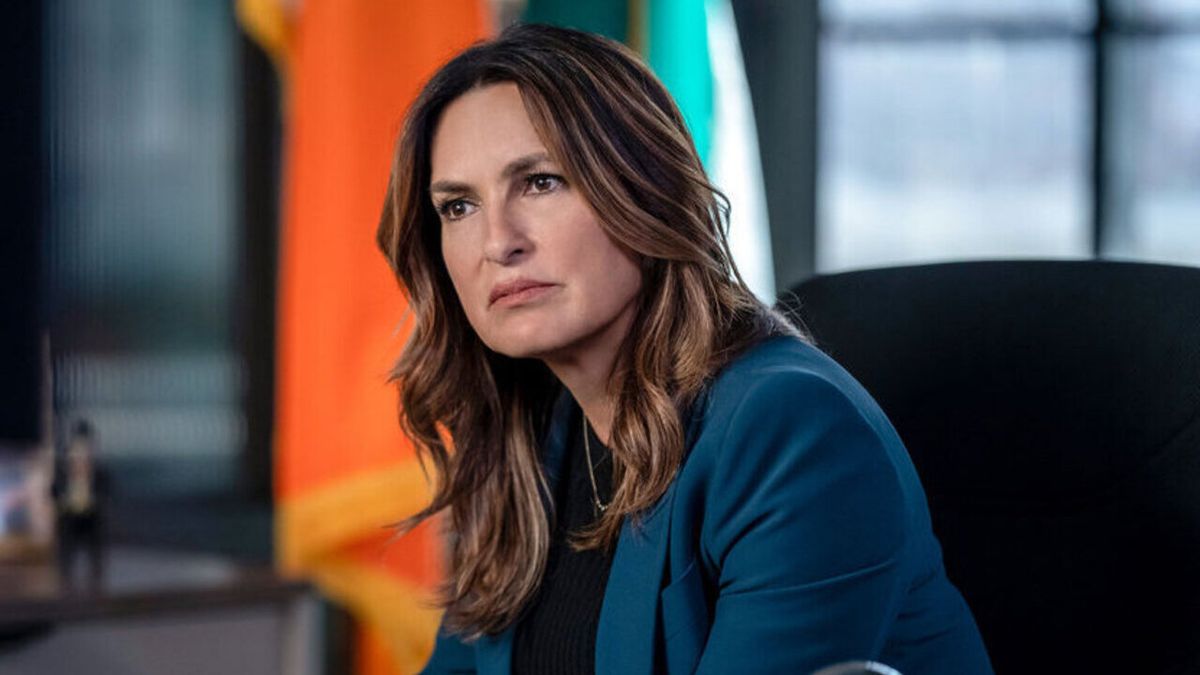 The dynamic between Olivia Benson (Mariska Hargitay) and Elliot Stabler (Christopher Meloni) has had fans talking since Law & Order: SVU debuted the two as partners back in the beginning. Their dynamic has been complicated (to say the least) since his return from his long absence to star in the Organized Crime spinoff, with the two shows occasionally touching on their relationship. Now, an SVU executive producer has revealed that Benson will soon address her feelings, and I’d say that fans should take note of the timing.

SVU executive producer and writer Julie Martin took to Twitter with some exciting news for viewers who have been holding out for some developments on the Benson/Stabler front, posting about the NYPD captain:

Now, Julie Martin’s message doesn’t give away whether or not the talk with Rollins about Stabler will be a full conversation or just a quick comment, but fans can look forward to it either way, as Benson has gone some time without giving any hints. It is probably safe to say that the focus of the episode – called “And A Trauma In A Pear Tree” – will be more on Rollins than Benson, as it will be Kelli Giddish’s final episode as a series regular, and the first half of Season 24 has been building to how Rollins says goodbye (and a Rollisi wedding).

Still, the timing of Benson discussing her feelings for her former partner is particularly interesting in light of what happened very recently with Stabler over on Organized Crime. Although the confession itself didn’t happen on screen, his friend Tia revealed that he had drunkenly admitted to her that there is a woman he’s in love with. Stabler avoided giving Tia any answers and never once dropped Benson’s name, but who else would he have declared his love for while in his cups? It wouldn’t be the first time that OC dropped a hint that could really only apply to Benson being on his mind.

Now, with SVU about to cover Benson’s feelings for Stabler in the very next episode following his drunken off-screen love admission on OC, I have to wonder: could the two shows be coordinating on a plan for the two characters, for better or worse? Back before the current TV season started, then-OC showrunner Bryan Goluboff (who has since been replaced by Sean Jablonski) said that he and Julie Martin would communicate about what was happening on their respective shows for some “synchronicity.” Is it really a coincidence that SVU will directly address Benson and Stabler so soon after OC implicitly addressed them?

Honestly, the answer may simply be that both shows wanted to give unrelated nods to passionate fans of the pair before going into their winter hiatuses, from which they won’t return until January in the 2023 TV premiere schedule. There’s no sign that Christopher Meloni is guest-starring in the SVU episode or that Mariska Hargitay will appear in the fall finale of Organized Crime. Still, EP Julie Martin has added one more reason to get excited about an episode that could have a happy ending for Rollins and Carisi.

See how Benson opens up to Rollins about Stabler in the fall finale of Law & Order: SVU on Thursday, December 8 at 9 p.m. ET on NBC, and don’t change the channel if you want to see if Stabler mentions Benson in the Organized Crime fall finale at 10 p.m. ET. You can also revisit past episodes of both shows streaming with a Peacock Premium subscription.