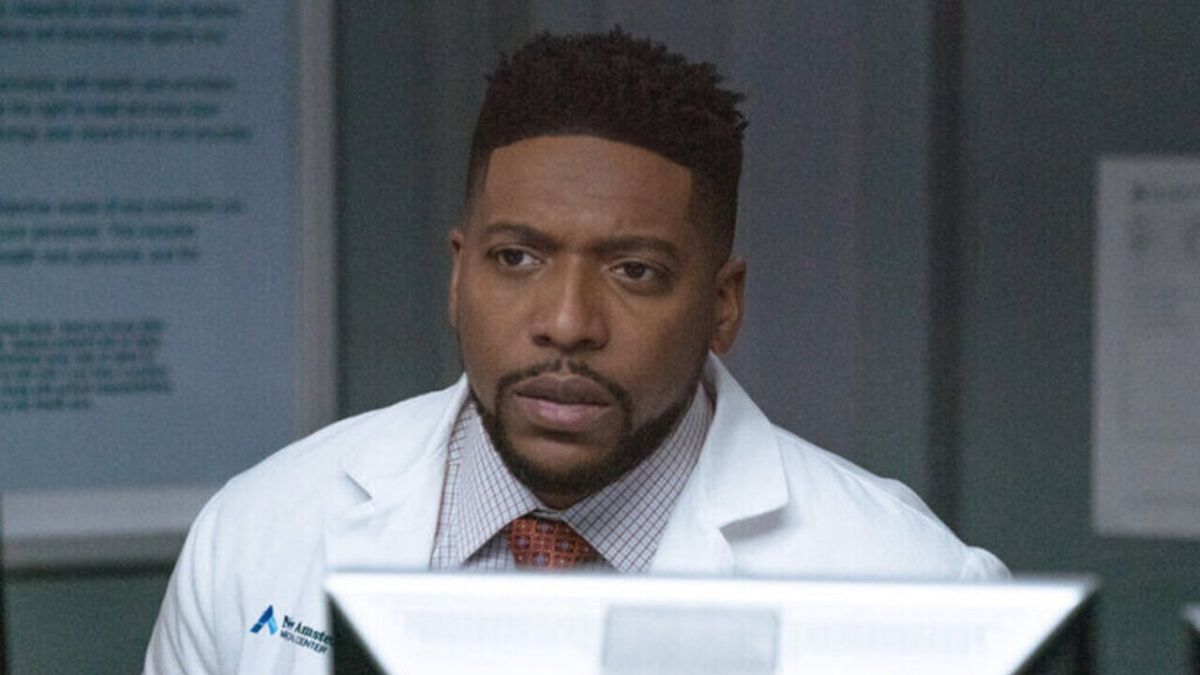 Spoilers ahead for Episodes 9 and 10 of New Amsterdam Season 5, called “The Empty Spaces” and “Don’t Do This For Me.”

New Amsterdam is heading into its winter hiatus after a double dose of hospital drama, and the two episodes delivered everything from Max causing chaos with survey results to the return of Helen Sharpe (kind of) to Reynolds making decisions that ranged from brutal to heartfelt. Now, looking ahead to the final episodes that will air in the 2023 TV schedule, star Jocko Sims opened up to CinemaBlend about a bad call that Reynolds made, as well as challenges ahead with Gabrielle.

After these two episodes, Reynolds and Gabrielle have moved from flirting to virtual hookups to ready to hook up in person, with the initial complication that he was still looking after his dad. Jocko Sims previously opened up about whether his character could move on from his polyamorous romance to get started with Gabrielle. While they’ve now seemingly started a relationship and Horace removed himself as an obstacle, there’s still a very big hurdle to Reynolds getting the long term relationship that he’s been looking for.

The actor previewed what’s ahead for Reynolds and Gabrielle before the final credits roll on the series in the new year, saying:

As of the midseason finale, Gabrielle only had a few weeks left before her job as a traveling nurse would take her somewhere else, and there’s no sign just yet that she’s going to change her mind about moving on. Jocko Sims presented the interesting option of Reynolds traveling with her, even though that didn’t work with Evie. Of course, he left to be with Evie when New Amsterdam was still going strong, so it seemed inevitable that he’d return somehow. With only a few episodes of the medical drama left, it’s possible that he could make a permanent decision to stay or leave.

That said, he made some questionable decisions in this two-parter when a young pregnant woman came to the hospital, desperate to give birth ASAP because she believed that she’d kill her unborn child by relapsing into her drug habit. When Reynolds and Gabrielle learned that she was only 23 weeks along and would have to go at least three more weeks before they could induce, Olivette became very upset and wanted to leave. While Gabrielle tried to calm her down, Reynolds called security because she was a danger to herself and her child, putting her on an involuntary hold.

Gabrielle had words with him about it, including shouting out The Handmaid’s Tale by asking him if “this is Gilead” and pointing out that Olivette would still be allowed to terminate her pregnancy at 23 weeks without being detained if she so chose. She raised the point that the child would be at every disadvantage if they did things his way. Luckily, she eventually got through to him, and they instead set up a system of nurses who would support her in everything she needed to bring her baby to term.

Interestingly, this case came not too long after the episode about the Supreme Court decision about reproductive health, when Reynolds learned that Bloom had an abortion while they were in a relationship. When asked if he thought his character would have handled the situation differently before that episode, Jocko Sims shared:

Even Jocko Sims thinks it was a “brutal” decision to try and have Olivette committed when all she needed was somebody to listen to her! Luckily, his character had Gabrielle to show him what he was doing wrong, and he cared enough to listen and change. The actor went on:

He went on to support Bloom and her situation with her overdosed sister in the second episode, and had a breakthrough with his dad that could mean Horace is on the mend for good. Will this clear the path for him to enjoy a relationship with Gabrielle before they have to make a decision about her departure? And will he be able to keep his relationship with his father going strong? There was a scene involving father and son that had to be deleted earlier this season!

New Amsterdam will return in the new year on Tuesday, January 3 at 10 p.m. ET on NBC, ahead of a two-part series finale event just a couple of weeks later. Helen’s return to New York may have shaken up Max in his determination to start a relationship with Elizabeth Wilder, although it remains to be seen if they share any scenes or he simply has to face his feelings because he saw her on TV.